Today, three new Pokémon Utility Hole Covers, or PokéLids (Pokéfuta ポケふた) were unveiled in Utsunomiya City, Tochigi Prefecture. The three new manholes depict Eleboo and Hoshigarisu, Rakurai, Iwapalace, and Voltolos, based on images of various landscapes in Utsunomiya City, and will be installed in the city. The PokéLids will be the first ones to be installed in Tochigi Prefecture. Pictures from the press release have been added to an Imageboard thread. 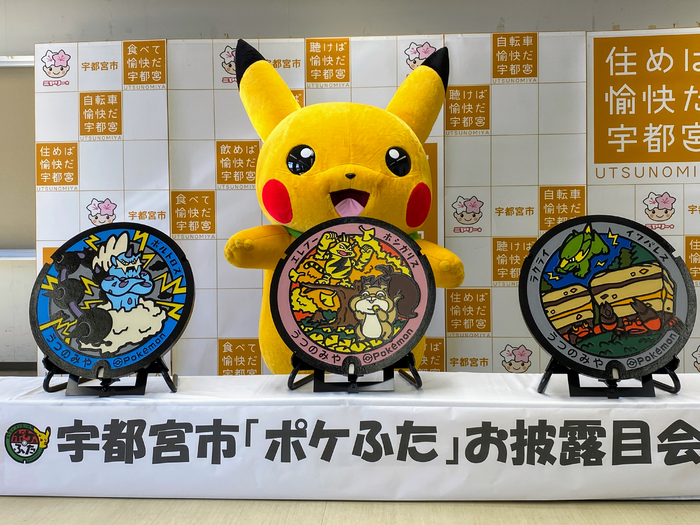 Each PokéLids is an original design and each is unique with the aim of promoting the appeal of Pokémon and each region they are installed in throughout Japan.